So, I spent a Saturday crawling, climbing (and crying) through mud as promised. But how did it go? First let me break down the experience to tell you what Mudnificent 7 actually is – Mudnificent 7 is a 7K mud run course, composed of 7 different 1K zones. It includes Spartan, Muddy Furlong, Splat Quack GO and other mud run tasters from around the UK to produce one pretty epic monster mud run, curious? Read on about My Mudnificent 7 (2019) Experience!

I don’t think I would’ve gotten through the first half of the run without the awesome team from Myton Hospice. At the beginning of the race, they announced that there were some obstacles that you couldn’t get through without some help, so soloists should cling onto other soloists and groups at these points. And indeed, there were obstacles that I knew I couldn’t clear alone. But the Myton Hospice team noticed that I came alone and adopted me into their group to get past these obstacles – these total strangers helped me clear the first few zones (and then I got lost and couldn’t find them in one zone). For those of you who aren’t aware, Myton Hospice exists to provide services to end-of life patients for free – please support their cause! 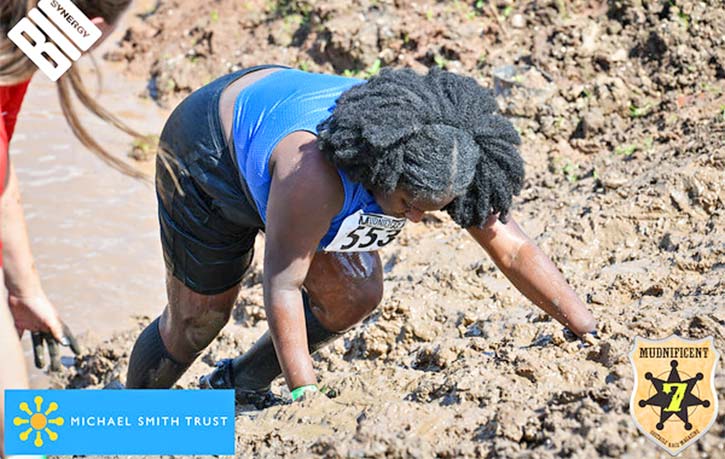 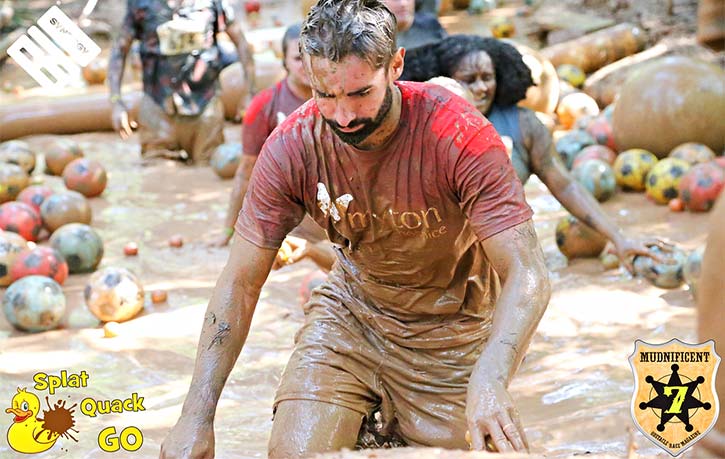 Each zone was different and each zone was challenging. I’d say I probably enjoyed the Michael Smith Trust zone the most because it was the point where my hair was the cleanest! But the muddiest parts were also great fun – I met a ton of people just from retrieving people’ shoes that were stuck in the mud or even picking people out of the mud! I’ll talk more about some of my highlights.

This was actually quite fun – you have a tag attached to your shorts and you need to make it through the zone without getting it taken by the zombies. My tactic was to stick in the middle of groups so I wasn’t exposed to the zombies at any point. The zombies were pretty sneaky at points though, and they could make you think that you dropped your tag!

This was a challenge! Getting through thick (imagine the consistency of ice-cream) mud with a rubber duck in your hand is a lot harder than I ever imagined (not that I ever imagined I’d be in that scenario)! And the duck had to be carried from the Splat Quack GO zone, (zone 4) to the end of the course. One smart thing I saw and copied was people shoving the duck down their long socks (I didn’t see this until the 6th kilometre, so um, yeah, I suffered greatly)!

This was the final zone, and boy was it a killer. If you failed any of the obstacles, the penalty was 30 burpees (but the marshals were really nice, so they would just let you go through). Fortunately, most of the obstacles has an easier alternative (one wall has a tunnel inside of it that you had to crawl through if you couldn’t get up the wall). But the challenge for me was most definitely the heavy weights. One checkpoint required carrying a heavy sack around a mini mud course and bringing it back without dropping it. Another required pulling a rope to leverage a heavy sack into the air. 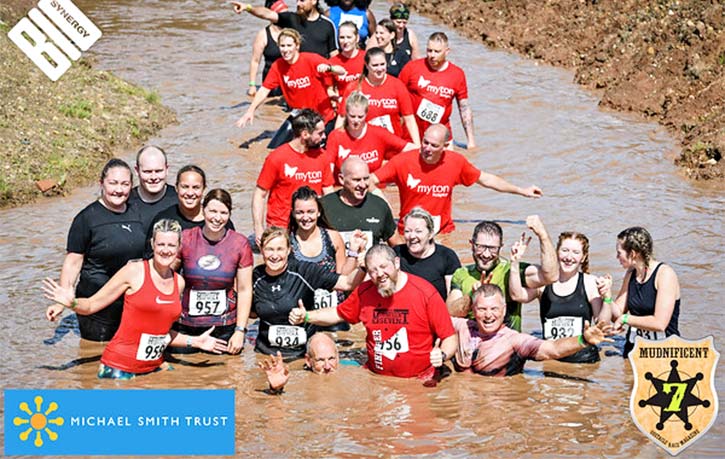 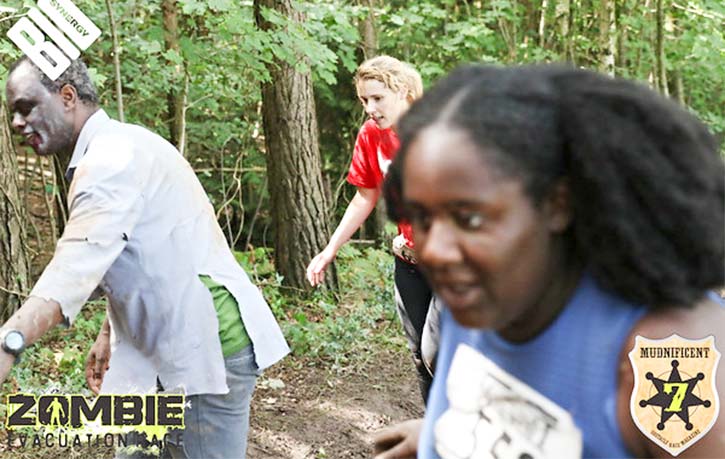 But above all, nothing could beat that sense of achievement I had when the finish line came into view. Imagine climbing the tallest frame you can think of without a harness, but not caring because you’ve reached the end. I started to pace towards the lake, where you cool off before climbing another frame and jumping over some flames (which as you can imagine, makes for some awesome photos)!

But how could such awesomeness come to be? What minds would even think of gathering 7 monster events and slapping them into one race? The answer to that would be Carl Wibberley and Kevin Newey, the co-founders and co-editors of “Obstacle Race Magazine”. If you’re lucky enough to meet these guys, you’ll find that they aren’t looking for the most shredded, adrenaline junkies to take part in Mudnificent 7. They’re looking for someone like you, who has nothing to do on the weekends and just wants to have a go and get stuck in (the mud) with all the elemental fun and blessings that playing in the great outdoors brings! 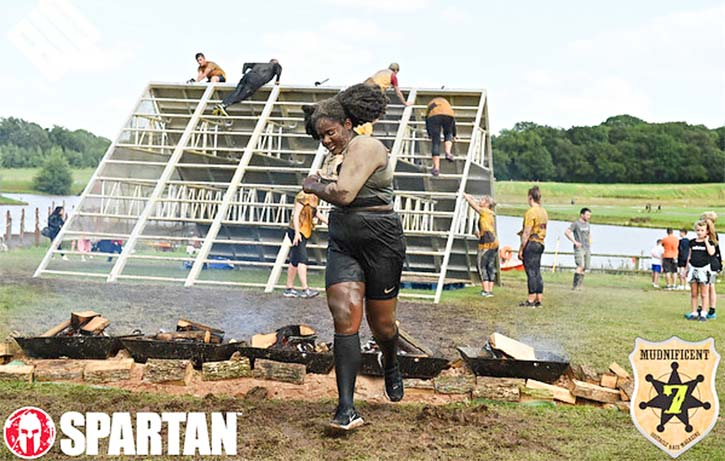 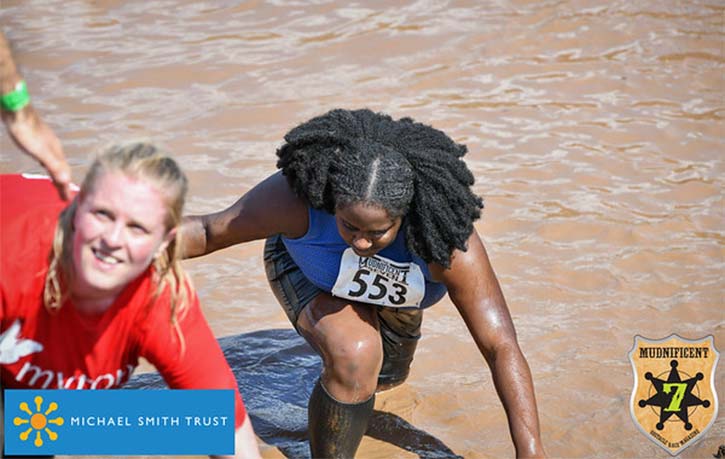 There’s nothing quite like getting stuck ‘n’ muddy with Mother Nature! Are you getting functional, elemental, and back to basics in your training – what kind of training do you do? Let us know in the comments below, and follow the conversation with us on Facebook, Twitter & Instagram! Check out these articles; 5 healthy hobbies, trail running, and getting lean without the gym, for some other ways to stay invigorated and help you Keep YOUR Fit ON!

Why You Should Set Your Vaping Temperature with Care