Now before you freak out, let me tell you that Snow Fungus (白木耳 or 银耳) is definitely edible! In fact, it was traditionally used in Traditional Chinese Medicine (TCM), as well as in Chinese and other Asian cuisines. There are several health benefits related to it and I will introduce some quick and simple recipes to you too. You can buy snow fungus mainly in the larger, Asian stores in the UK. Curious? Most people are, so read on for Snow Fungus: Top 4 Health Benefits with Recipes!

This is especially vital now in the midst of COVID-19 where we need to be aware of our health and the health of others too. It is rich in a certain polysaccharide that enhances the production of interleukin and interferon which boost the production of germ-consuming macrophages. Additionally, Natural Killer Cells (a type of white blood cell) is enhanced, they protect the body from viruses and bacteria. Therefore, in TCM and even now, snow function is considered to be effective in protecting the respiratory system.

Having a gelatinous structure, snow fungus can act similarly to hyaluronic acid (skin hydrator). However, it has smaller particles than the acid thus it’s able to penetrate through the skin more easily to deliver more moisture. The fungus also has over 18 amino acids, anti-inflammatory and antioxidant properties, so it can help wound healing and in collagen production.

Research shows that it can protect endothelial cells from histamine damage and increased clotting time. This helps prevent the dysfunction of cells including those that would otherwise cause atherosclerosis and high blood pressure. It is also been said that snow fungus can lower total blood cholesterol levels as it has anti-inflammatory properties. 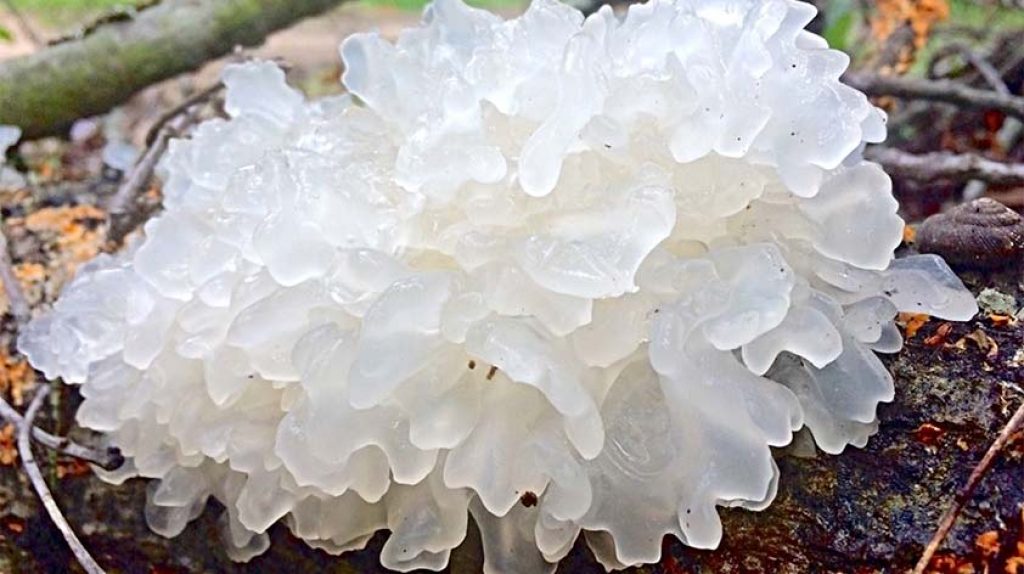 It has neuroprotective and neurotrophic effects which suggest that it can potentially be used as a precautionary agent in neurodegenerative diseases (e.g. Alzheimer’s Disease, etc).

Now that you know all of these health benefits, wouldn’t you like to give it a try and a taste? Below are some tasty recipes you can easily make!

The first one is a well-known dessert amongst Asians when it comes to eating snow fungus. You might find the texture of the fungus to be a bit strange at first (like soaked gelatine sheets) but this is a fail-proof recipe that you must try first-hand! There are many variations of potential ingredients you can add into the soup, but this is the classic combination.

You can easily include it in savoury dishes, such as a stir fry with tofu or with lotus root and bean curd skin. There are endless possibilities as they don’t have a particularly distinctive taste.

Now that you’ve learned a bit about the benefits of snow fungus, we hope that together we can eat healthier. Tried snow fungus? Let us know your thoughts on it and which recipes you like in the comments below or on Facebook, Twitter & Instagram!

Alkaline Diet: Is it Worth You Trying It?