Often hailed as one of the best sporting documentaries ever made, “Pumping Iron” has never waned in popularity. As it turned 40 last year and its star Arnold Schwarzenegger was the latest icon to feature in our Bodybuilding Legends series, we thought now would be the ideal time to review this classic bodybuilding film.

Cast
Pumping Iron has a predominantly male cast and features bodybuilders from around the globe. Arnold Schwarzenegger and Lou Ferrigno are the two main characters that the film centres on. Other legendary bodybuilders appearing in the film include Mike Katz, Ken Waller, Franco Columbu and Ed Corney. Lou’s parents Matty and Victoria are also part of the cast.

Plot
The 1975 IFBB Mr Universe and Mr. Olympia are the focus of directors George Butler and Robert Fiore’s documentary. It is based on a book of the same name by Charles Gaine and George Butler. The film follows competitors in both amateur and professional bodybuilding and looks at the preparation necessary for the competitions. 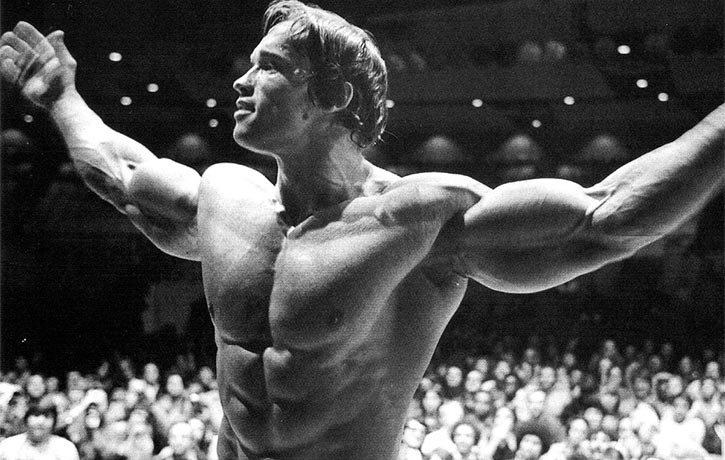 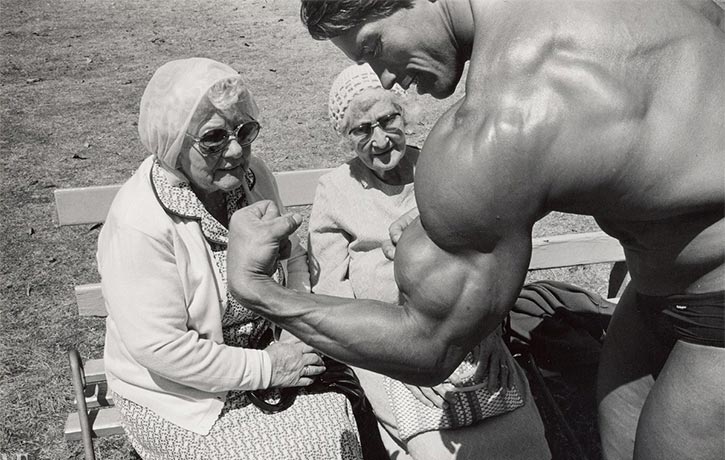 Arnold Schwarzenegger impresses even the elders

Main
With a catchy theme tune and film footage of old time strongmen like Eugen Sandow and Charles Atlas, the mood is set perfectly right from the beginning. The documentary introduces us to some of its bodybuilders by showing them gracefully posing onstage and exerting themselves at the famous Gold’s Gym in California.

A relatively small chunk of the film observes Mike Katz’s and Ken Waller’s preparation for the amateur Mr Universe competition. Katz is a junior high school teacher, a family man and a committed bodybuilder who’s keen to work his way into the professional ranks of bodybuilding. Aspiring to win the Mr Universe title, we see some of his hard training and find out more about his character and goals. Watching him in competition, you can see that he is adored by the audience. 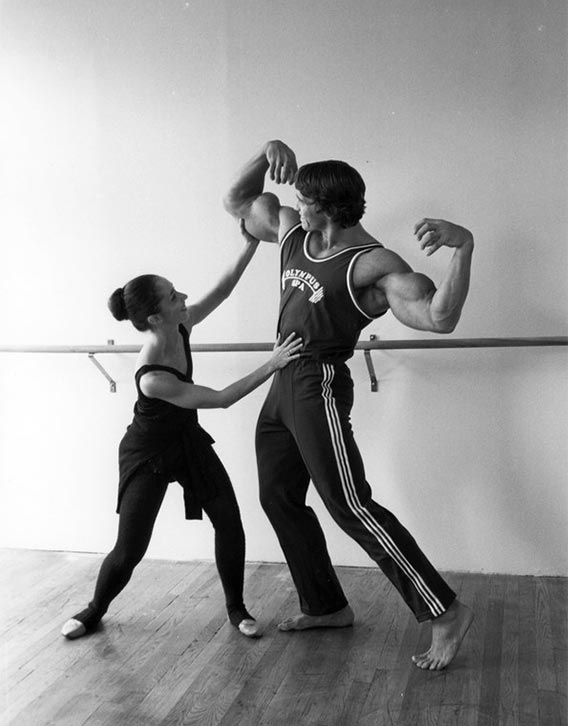 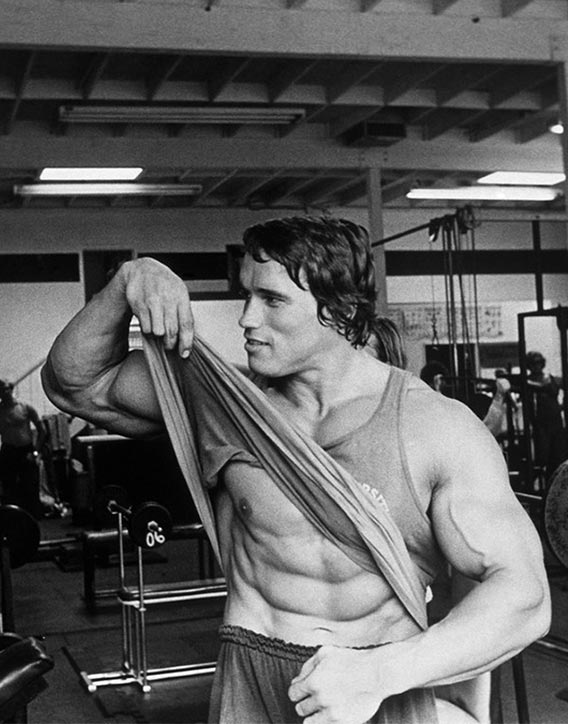 Arnold checks his abs are all there

In contrast, little is mentioned about Waller’s background. We see footage of him talking with bodybuilder friends saying he feels unthreatened by Katz and proceeds to criticise Katz’s physique. He comes across as slightly arrogant, but whatever opinion you form of Waller, his physique proves to outclass Katz’s and he wins the Universe title. Katz has to settle for a slightly disappointing fourth place.

The film shifts its attention to the build up to the Mr. Olympia and the rivalry between the charismatic Arnold Schwarzenegger and the massive Lou Ferrigno. Both men are ambitious and desire to win the Olympia crown. The men are almost polar opposites in character though. Schwarzenegger is outgoing and confident whereas Lou is shy and reserved. 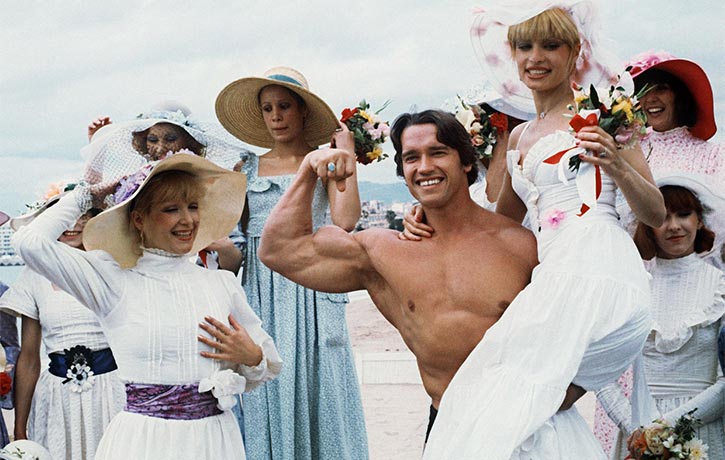 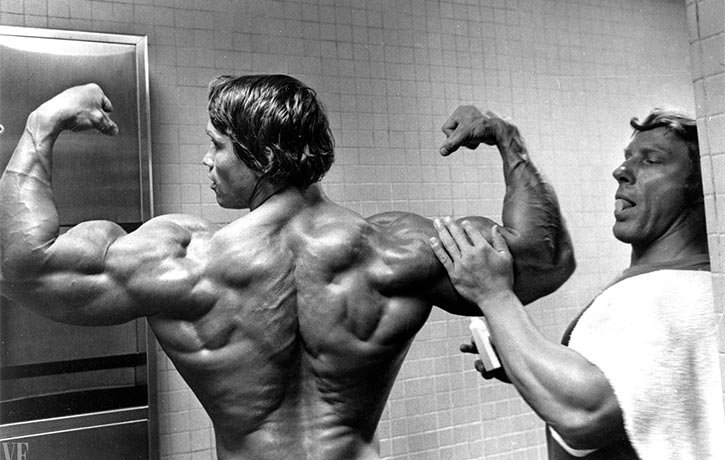 Much more attention is given to Arnold than Lou during the film, looking at his background and the roots of his bodybuilding to allow for a quick understanding of Arnold’s character. There are lots of nice shots of him posing. In one scene, the close-up camera scrolls up from his legs to upper body, exquisitely capturing his well defined legs, solid abs and striated pecs.

Arnold’s antics during the film add a lot of colour and humour to “Pumping Iron”. He says some funny things and likes to give bad advice to other bodybuilders including his own training partner Franco Columbu. He has a good knack of being able to psychologically wear his rivals down too. While eating breakfast with the Ferrignos, he tells Lou that he has phoned his own mother to tell her he has won the Olympia even though it hasn’t taken place yet. 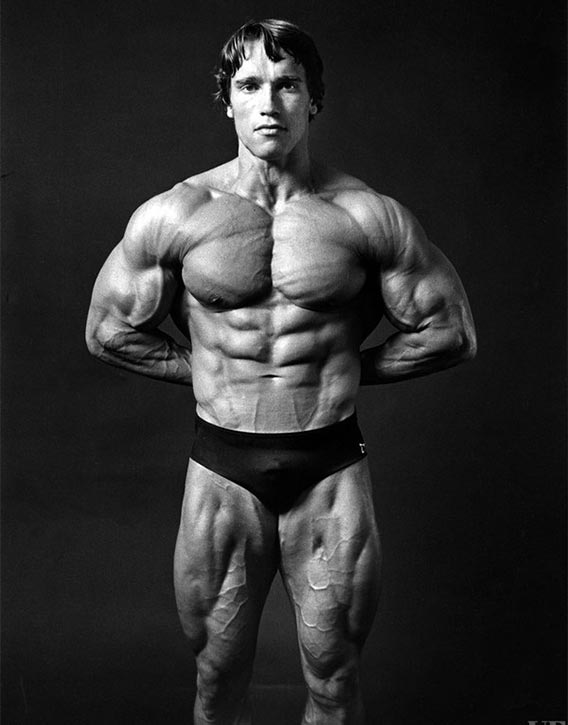 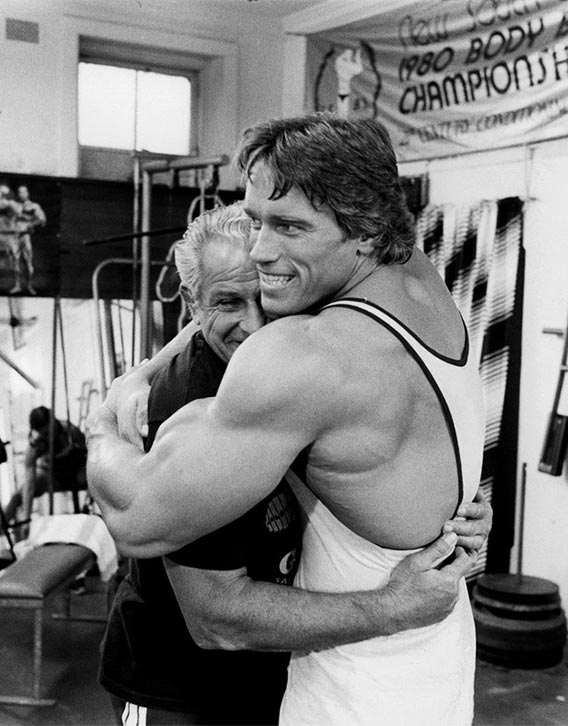 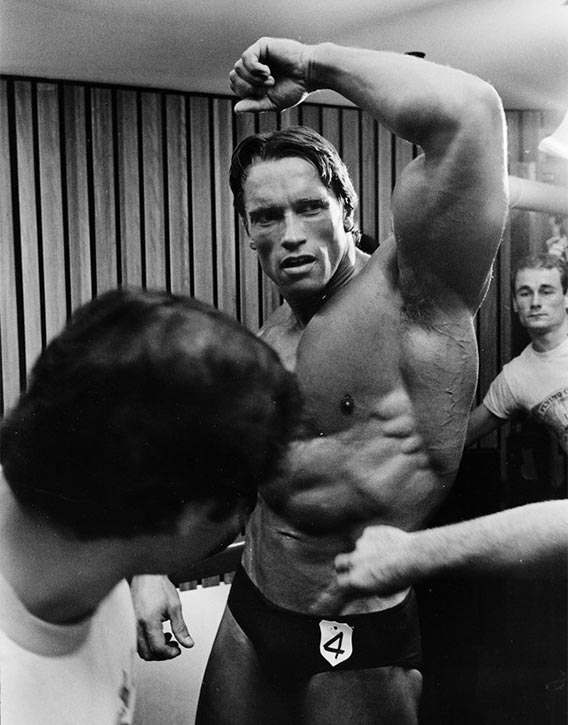 There are some great gym scenes along the way to satisfy anyone’s cravings to see some tough old-school style training and hear the sound of clanging iron. We see Lou pushing hard and lifting some heavy iron overhead, screaming “Arnold! Arnold! Arnold!” whilst getting in those vital last reps to help him conquer his rival. His dad encourages him and reminds him that Arnold could be training twice as hard.

Much has been written about Arnold’s training intensity and we get to witness it here. He lifts hard and stays focused, grimacing and groaning while he pushes his muscles to the point of failure. One great scene sees Ed Corney, one of his training partners, squat with Arnold and drop to the floor exhausted after being pushed to the limit by him.

Seeing Lou, Arnold and Serge Nubret posedown on stage in the final stage of the Mr. Olympia is a joy to watch. They show off their best poses to impress the judges and try to win the title. Afterwards, the crowd wait in anticipation as the judges decide the outcome. There is a thunderous applause when the judges announce Arnold as the winner of the Mr. Olympia for the sixth time.

Other famous bodybuilders make appearances during the movie which adding further gravitas. We get to see Robby Robinson flex his famed, massively-peaked biceps whilst Franco Columbu shows his lung power by blowing up and bursting a hot water bottle. We even get a brief glimpse of Al Beckles, an awesome bodybuilder who had a very long career in the iron game. 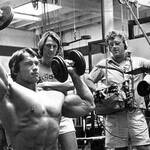 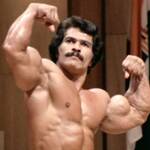 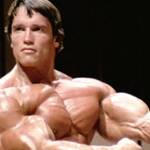 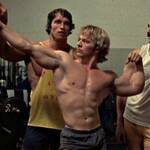 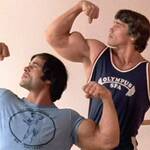 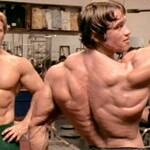 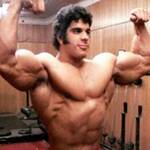 Summary
It’s been at least 20 years since I last watched “Pumping Iron” and I must say that I recently became just as immersed in it as I did back then. I found it interesting to observe the contrasts between modern bodybuilding, with its extreme size obsession, and bodybuilding of the 70’s, where aesthetics were prized resulting in physiques far more pleasing to the eye. It makes me see why many call it the “Golden Era” of bodybuilding.

The film’s impact on the bodybuilding and strength world has been tremendous and has inspired many modern stars like bodybuilder Calum Von Moger and World’s Strongest Man, Eddie Hall. It has stood the test of time and it will likely remain the best bodybuilding documentary for a long time yet – definitely worth watching in HD! If you’d like to see a documentary pushing the boundaries of human potential then check out our review of MCU’s Thor, Chris Hemsworth in “Limitless”!

What do you think of “Pumping Iron”, has it influenced you?  Let us know below, join in the conversation on Facebook and follow us on Twitter!