Set in the heart of Paris, amidst a backdrop of modernistic culture, Reset is a film that explores the complex and challenging journey of Benjamin Millepied, as he hurtles towards his directorial debut for prestigious French institution, l’Opéra National de Paris, ballet.

Cast
Benjamin Millepied is a French ballet dancer and choreographer who made his name as a soloist and then Principal male in the New York City Ballet from 1998-2002. Renowned for his infamous choreographic direction of Darren Aronofsky’s “Black Swan” starring Natalie Portman, he returned to Paris in 2014 to take on the challenge of directing his first ballet for l’Opéra National de Paris.

Accompanying Benjamin on his journey towards opening night are his hardworking, team of contributing administrators, choreographers, costume designers, musical and staging teams and of course the army of professional dancers who he commands from a place of empathetic yet passionate scrutiny. 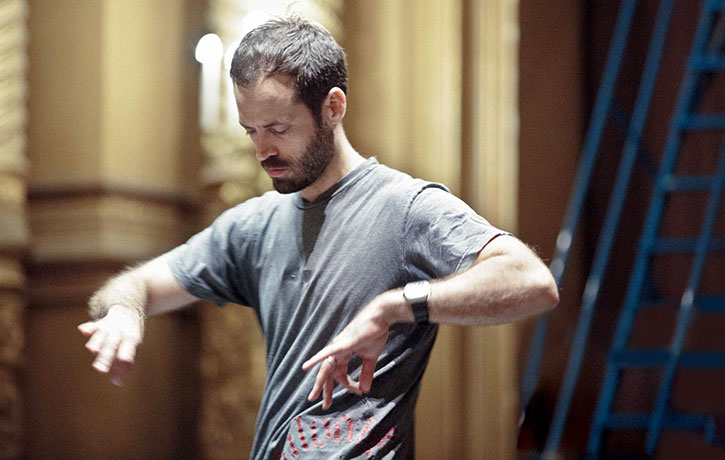 Benjamin works on those all-important details

Plot
For 110 mins the audience are invited to partake in the twists and turns of Benjamin’s journey, towards opening night. From intimate moments of solitary contemplation, to the chaos and drama of the rehearsal room floor. Under the watchful and sometimes cynical eye of the traditionalist institution, “Reset”, engulfs its audience in a roller-coaster ride of exploration. From the harsh, persnickety realities, to the delectable rhythmic poetry of the world of professional ballet.

Main
One may think that you would have to be a die-hard fan of ballet to appreciate this film, but this is simply not the case. What “Reset” does is transport the viewer through an intimate almost voyeuristic experience into the complexities and emotions that make up one dark and brooding central character, Benjamin.

From the first urgent pull of the droning futuristic score and turbulent camera tunneling, you are sucked into Benjamin’s psyche and immediately empathise with the weighty anticipation and pressure of proving one’s worth, in the unyielding, traditionalist institution that is l’Opéra National de Paris, ballet. 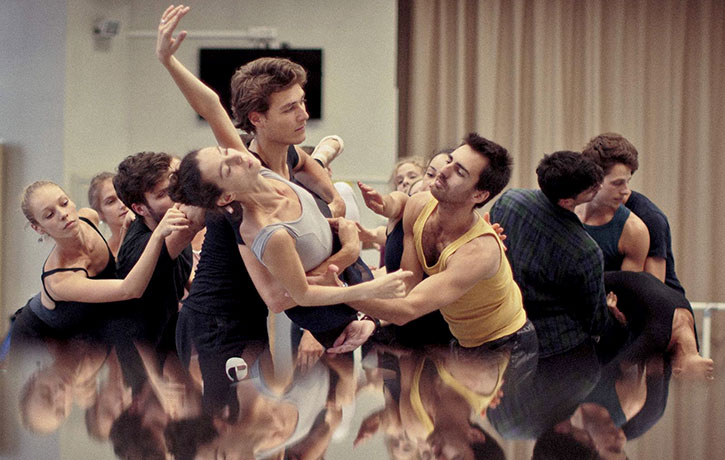 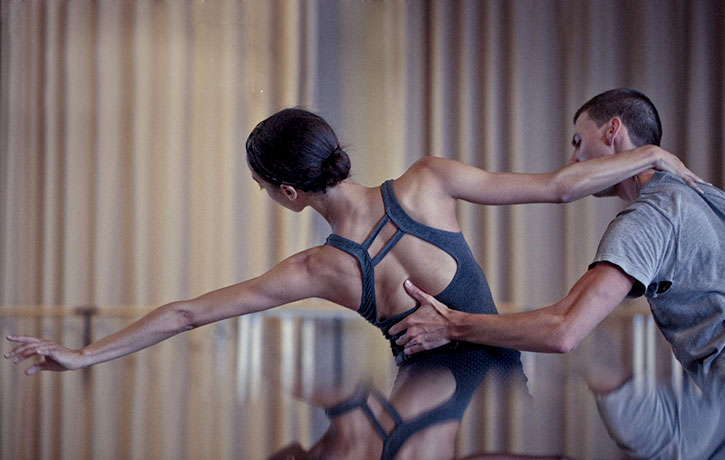 The principles in effortless Synchronisation

From first introductions to Benjamin, it is difficult to ignore his agonising intensity, which beautifully depicts the pressure he is obviously feeling to showcase perfection in his debut. This brooding and dark undertone is apparent throughout the film not just through Benjamin’s close head shots, revealing furrowing brow and deep concentration.

As the viewer, you’re easily swept into the very fabric of the experience, with a sense of pace and urgency at every turn. A door squeaks, a phone chimes, a shoe scuffs on the rehearsal room floor. These sounds and motions create an ambience and form a percussional narrative that overrides the words and subtitle text, enabling you to genuinely feel the depth of emotion in each scene.

Of course the art of movement itself is at the core of this film, demonstrated via the lustrous scenes of rehearsal and the artistry of performance, but even Benjamin himself is like an instrument. From his elaborate eyebrow expressions, to the moments of concentration tapping his pen, Benjamin dances his way through the logistics of planning, as if on centre stage himself. All these elements combined form an intense tapestry of Benjamin’s creative yet obsessional and provocative mind and it’s as if you the viewer, have crawled inside. 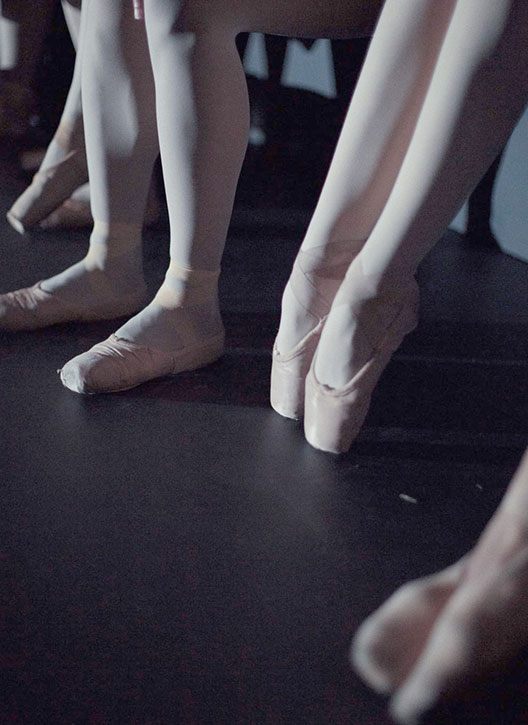 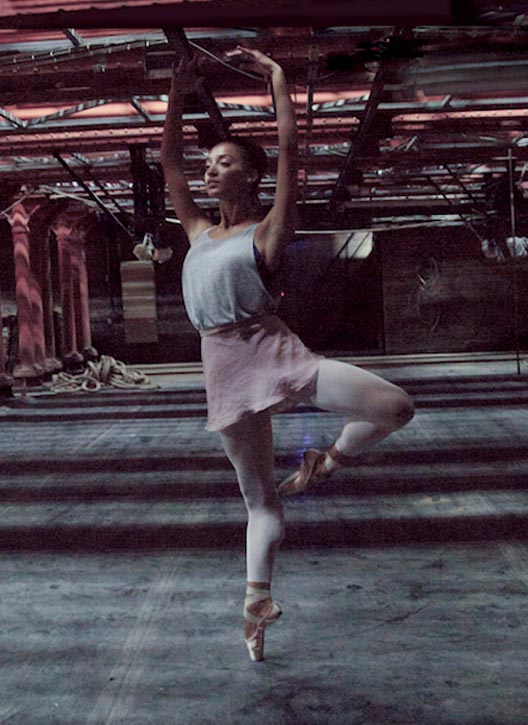 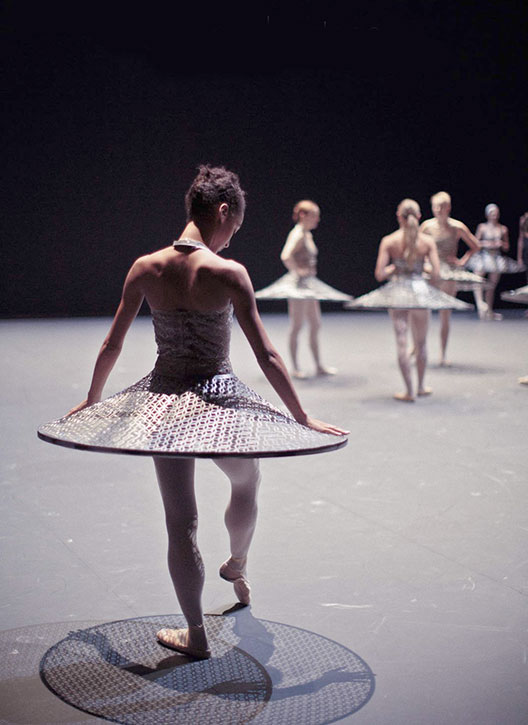 Dancers in their final rehearsals

With this unique flow and rhythm of the narrative acting like a Principle dancer in its own right, the flow of the film is elegant and seamless, that is until the ominous flash of the timer jumps across the screen. Your viewing is then rudely interrupted by the harsh and intrusive smack in the face of massive yellow numbers flashing up – “26 days to go, 10 days to go”. The crashing back down to earth of the neon punch brings back the urgency once again and just like Benjamin you too are back on your toes, panicking about funding, lighting, logistics and running out of that all too limited terrestrial oddity -time.

What is interesting to mention though, is that in all his cogitative precision, Benjamin delivers a directorial approach which is nurturing and empathetic to his company. In fact, this is the first illuminations of a director who is genuinely trying to change the face of ballet. A director who is desperately trying to deconstruct the traditional rigidity of the company’s three-century plus ethos. He even proclaims to his assistant in one scene:  “They are so used to getting yelled at, there is zero pleasure”. Here, for the first time Benjamin’s agenda is laid bare. Ballet is his love, his passion, the very fabric of his being and it is this ethos that he is attempting to apply and weave into the structure of his direction and the delivery of his performance piece. 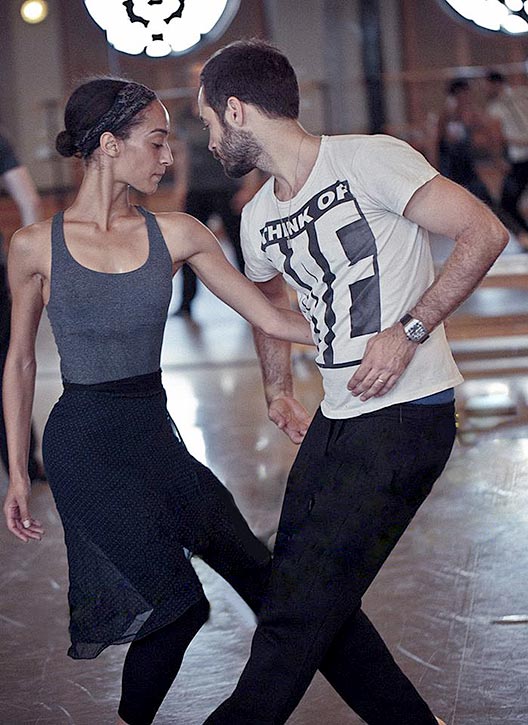 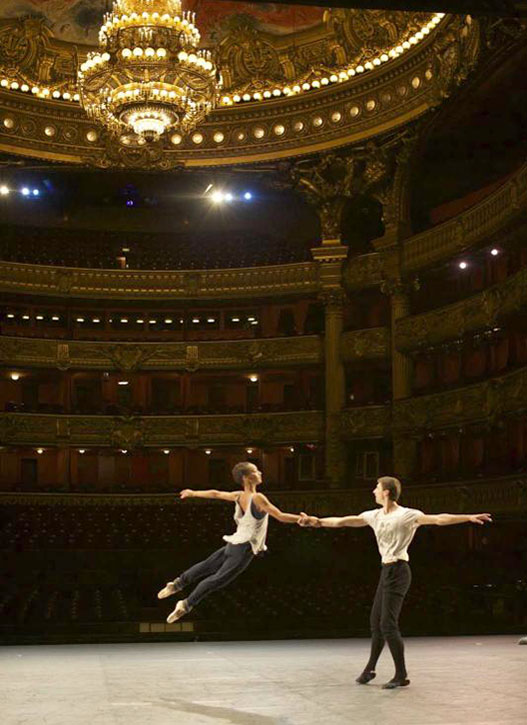 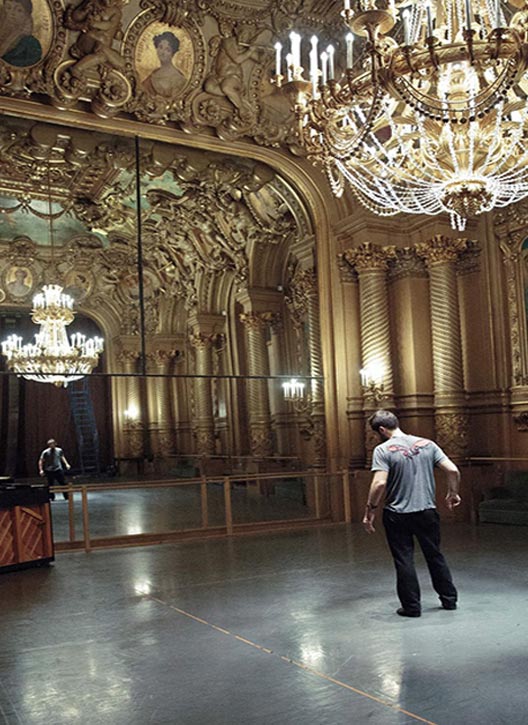 In light of this, the final scenes of the film are the ultimate expression of Benjamin’s modernistic and passionate approach. The performance is drenched in red lighting, with neon blue laser flashes that cut through the smoke, making it look futuristic and exciting.

Summary
“Reset” is more than a documentary film, tracking the progress of a young and hungry new Director. It is the telling of a factual and chronological story, but with its exquisite cinematography, sublimely futuristic score and compelling protagonist, Directors Thierry Demaizière and Alban Teurlai have managed to develop documentary film, into a stand alone piece of engaging and emotive visual art. Much like the shake up of l’Opéra National de Paris, ballet itself, “Reset” does the same thing for its own genre and is a significant contribution to the evolution and capabilities of documentary film. 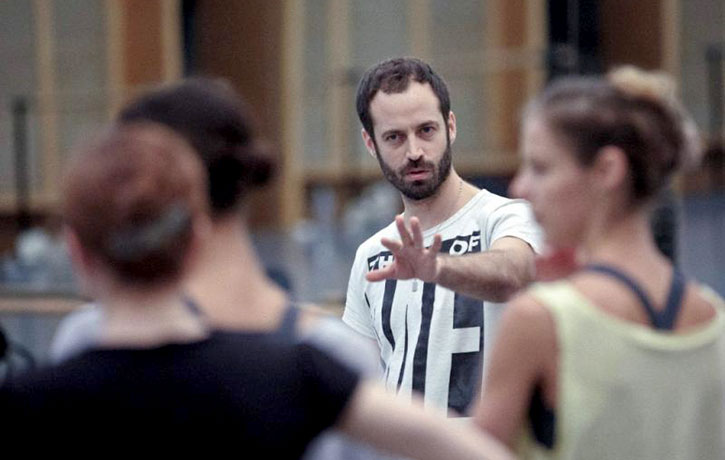 Reset was released on 26th December in limited theatres and  is available on VOD platforms, Amazon Video and iTunes. Comes to home entertainment on 1st May. Find out more about this riveting movie via Facebook!

4 Great Exercises to Get You Skiing Fit!

We use cookies to ensure that we give you the best experience on our website. If you continue to use this site we will assume that you are happy with it.OK